I am appearing in “Brother Coyote and Sister” with Thistle Theatre the next two weekends and one weekend in June.
Brother Coyote wants to eat Doña Conchita’s plump chickens, but Sister Fox is always one step ahead of him.

This is the same show that delighted audiences in Atlanta, GA, at the Center for Puppetry Arts this January. I play the wily Sister Fox.

All voices and songs are performed live by me and fellow puppeteers Andre Nelson and Zane Exactly. We use Japanese Bunraku-style puppets, rod puppets, and song to tell this humorous version of the beloved fairytale.

The script was written by Jean Enticknap and Stephanie Diaz Reppe. Sue Ennis wrote the songs, and Jean directed this lively production.

The script is based on a set of Mexican folktales and incorporates Spanish and English in the storytelling. This show is recommended for ages 3 and up.
The shows at Sunset Hill Community Club are on May 21 and 22 at 1 and 3 p.m. The community club is in Ballard at 3003 NW 66th Street.

Magnuson Park shows are on June 18 and 19 at 1 and 3 p.m. Thistle Theatre’s studio is in Magnuson Park in building 30. The address is 6310 NE 74th St. Ste 131 in Seattle.
Please note that the Magnuson Park shows are in our studio, NOT in the theater building! This is different than most previous performances at Magnuson. This is a small, intimate space, and seating is VERY limited. Please buy tickets in advance or consider attending at one of our other venues.
Come see this fun puppet show while you can!

Gina Wilhelm Actress – Save “The Grinder!”

It’s spring, and that means the networks are deciding what TV shows will be renewed for next season.

One of the shows “on the bubble,” meaning it hasn’t been canceled outright, but it COULD be, is Fox’s delightful “The Grinder.” This show is smart, funny, and fun, but has gotten criminally low ratings all season.

The series stars Rob Lowe as Dean Sanderson Jr, an actor who has just finished a long run playing a lawyer on a TV show, also called “The Grinder.” With no show, he returns to Idaho to be near his father (William Devane, in his best role) and brother Stewart (Fred Savage, all growed up).

Dean Sr and Stewart run a law firm, and Dean Jr decides his experience playing a lawyer make him qualified to practice law. However, he can’t stop being dramatic.

Every episode features clips from Dean’s TV shows (usually “The Grinder,” but we’ve seen an early gig on a sitcom as well) shot in a different appropriate style.

There are also fun guest star shots, such as Jason Alexander as Dean’s old director, Timothy Olyphant as himself, playing the replacement for The Grinder (Dean’s character), Maya Rudolph as Dean’s therapist/girlfriend, and Richard Schiff, from “The West Wing,” as The Grinder’s boss on the show-within-the-show.

Also, of course, the writing is fantastic. It doesn’t take itself seriously, and it respects the intelligence of its audience. It lampoons actors and acting, TV shows in general and law shows in particular, and all your favorite TV tropes.

Oh, and Jake Kasdan is a producer (as is Rob Lowe). Like, produced “Freaks and Geeks” and wrote “Walk Hard: The Dewey Cox Story” Jake Kasdan! Son of Lawrence Kasdan Jake Kasdan!  That guy!

Write the network about how much you loved it (using positive terms, never threats). Play all the clips and episodes on the website. Vote for it at saveourshows.usatoday.com.

WHAT: “Merry Chris Mouse” performed by Thistle Theatre, a puppet theater for families.

Thistle Theatre celebrates the holiday season with our original musical “Merry Chris Mouse” at various locations throughout the Seattle area.

This original play tells the story of a poor brown mouse family finding a new home in the walls of a child’s playroom. When they meet a white mouse in a cage, it’s time for a rescue.

I play the mother mouse and Christine, one of two brown mouse twins.

All voices and songs are performed live by me and fellow puppeteers Ben Burris and Amy Escobar. We use  tabletom Japanese Bunraku-style puppets to tell and sing this tale.

The script and songs were written by Jean Enticknap and Sue Ennis. The songs include the popular “Carving the Christmas Cheese.”

It also features the song “It’s Christmas Time,” which would later be rewritten for the Lovemongers (a band made of Ann and Nancy Wilson of Heart and Sue Ennis).

Be sure not to miss this action-packed show full of laughs and fun! 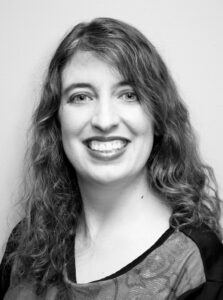 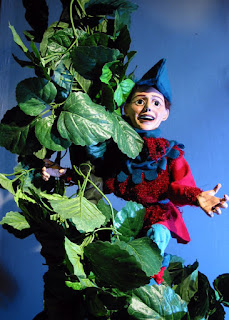